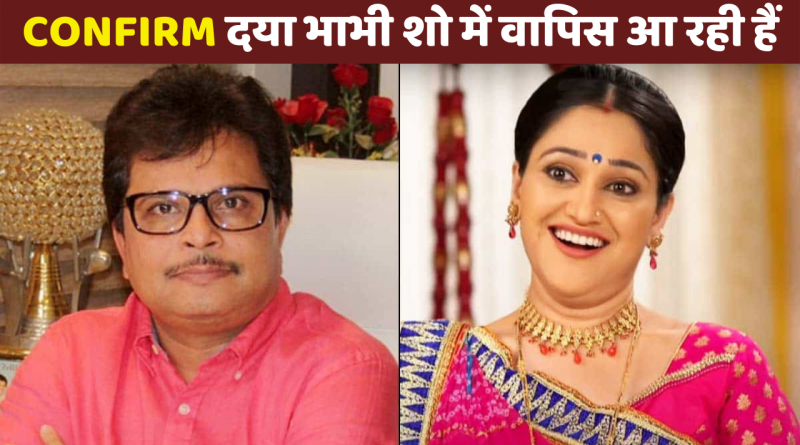 Ok so it’s been almost 5 years, from 2017 Daya jethalal gada which was a main character of Taarak mehta ka ooltah chashmah was missing since then, so there were so many news in between the time, but all were not confirmed by any TMKOC serials officials. but here now, it is confirmed by taarak mehta show’s producer asit kumar modi that daya is finally coming back to the show.

well, taarak mehta is struggling with very low TRP and in that time, shailesh lodha who is the main image of the show already left from taarak mehta ka ooltah chashmah and working in his new show Wah bhai wah on shemaroo tv. So, there are many things which taarak mehta makers are struggling with, but here’s some good news for all the disha vakani fans and dayaben fans are coming that she is finally returning to this comedy show.

In 2017, one more actor bhavya gandhi who also left the show to do movies in gujarati film industry, but that character was replaced by Raj anadkat, and now the news of disha vakani’s comeback is really good for all the taarak metha show fans.